Lawyers Behaving Badly: The case of the Stinky Bentleys and Manure Evidence

Lawyers Behaving Badly: The case of the Stinky Bentleys and Manure EvidenceMy colleague, Matthew Talbot, wrote about a recent presentation of mine at the Inns of Court.  Access his compete article HERE.

Here are some highlights of his article:

Using a variety of vignettes, they illustrated instances when lawyers (and even judges) didn’t exactly meet the standards of our fine profession.

In one vignette, Judge Weil’s group told the story of the “Stinky Bentleys.” Here, the Bentley Car Company had sold cars with obnoxious odors, and despite receiving complaints, did not take appropriate steps to remedy this problem. Instead of following the tried and true method advocated on Seinfeld of dealing with smelly cars (i.e. abandoning them on the streets of NYC), the owners sued Bentley. Bentley, in return, followed poor legal advice and abandoned any responsibility to perform discovery. They failed to turn over documents, lied under oath, destroyed evidence despite court order, and generally stymied attempts at discovery. The Court considered this “lawyers behaving badly.” The Inns meeting had a lively discussion regarding whether terminating sanctions for Bentley’s defense were appropriate.

There was another vignette that related to Seinfeld as it had an element near and dear to George Constanza’s heart: manure. “It’s like Ma and Newer!” (George, 3. episode: The Cadillac – Part 2). In this case, the defendant was avoiding following any discovery rules at all. He was a rebel who played by nobody’s rules! When it came time for a document request at a deposition, he showed up to the deposition with those documents … covered in manure. Unfortunately for the people at the deposition, the ‘manure’ episode of Seinfeld wouldn’t air for another 13 years and so there was little mirth to be had in this production of documents. The Inns meeting again discussed whether terminating sanctions were appropriate.

All in all, it was an interesting discussion regarding the unethical steps a few amongst us are willing to take. This small group of unethical lawyers, by their obstreperous and unprofessional acts, gives the large majority of professional, skilled and ethical attorneys a bad name, and sometimes sleepless nights. While most attorneys are just trying to do their best to zealously represent their clients, there are some attorneys out there sadly making the published decisions or even the news; they shirk all responsibility to their clients, other attorneys, and society as a whole. May none of us ever find ourselves the subject of a similar Inns discussion! 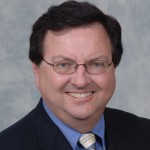