2014 was an eventful year for my family. But I don’t want to focus on that but to reflect on the events of the wider world and the relative small town I live in – Walnut Creek.

One hundred years ago Walnut Creek citizens voted to incorporate the city. This year was the celebration of that election. For the last 100 years the city council has met to govern the affairs of the community. It has not always been smooth. There were plenty of arguments. Many were very long meetings. There may have been a fight or two that wasn’t recorded in the official records. There was even a move to reverse the incorporation. Despite the good, bad and not so pretty, the town government still functions.

Looking at a map of the world in 1914 you will find that the world had little experience with democracy.

Likewise the Russian Empire had not fallen to bold vision of communism. It was ruled by an absolute monarchy. Therefore Ukraine, Central Asia and the Caucasus were all subject to the will of the Tsar.

Not stopping with the Russian Empire, the Austria-Hungry Empire also fell at the end of World War I. With its fall all of the Balkan countries were created. We often think that Europe has been there for thousands of years. It has but not in its current form. Many new countries appeared at the end of the War to End All Wars. Their first experience with democracy occurred in the 1920’s. I haven’t even gotten to post colonial Africa and Asia. Democracy is a new concept there as well for the most part.

We shouldn’t be surprised when there are some bumps or major challenges on the road to a robust democracy through out the world. I for one want to congratulate the people of Walnut Creek for persevering and wish them the best in the next 100 years. 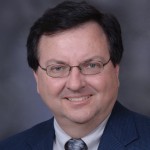