For an experienced Mediator to help negotiate a resolution to your dispute contact Ken Strongman. Here. 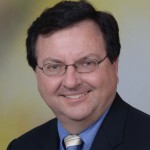 About the Author: Ken Strongman, is a private commercial mediator/arbitrator of complex, high risk litigated cases since 2004. Disputes addressed include business, securities, construction defects, real estate, intellectual property, employment, environment, energy, and trusts & estates. He is also a Mediator and Arbitrator for FINRA.

© 2022 Ken Strongman. All Rights Reserved. Please do not copy or re-post without permission.