This is a little late in posting.  The pictures are from the Bay Bridge Classic on July 26, 2015 at AT&T Park in San Francisco.

It was a wonderful day and a chance to spend time with my sons and express pride in their accomplishments as young men.  They picked up the tab for the day and I was just along for the ride, enjoying it all the way.

The ride into San Francisco was a cinch.  We transferred to Muni at Embarcadero.  The was some delay on the ride to AT&T Park because the street car need to make its way through the end of the San Francisco Marathon.

Lunch was great at the Public House built into the ball park.  Once we were finished, we walked straight into the stadium.

Our family calls this the James Bond Bridge.  For 007 fans, this is the bridge that crushed the police cars in A View to a Kill.

Since it was Giants v Athletics, it was a very popular game to attend. Large groups arrived via several different ferries.

Kyle rooted for the Athletics in his A’s hat and Wolfeboro Staff jacket. Kevin was neutral. The hat is from his course at the American Avalanche Institute.  He spent time last winter in Jackson, Wyoming learning how to predict avalanches.

Here’s proof that I was there. 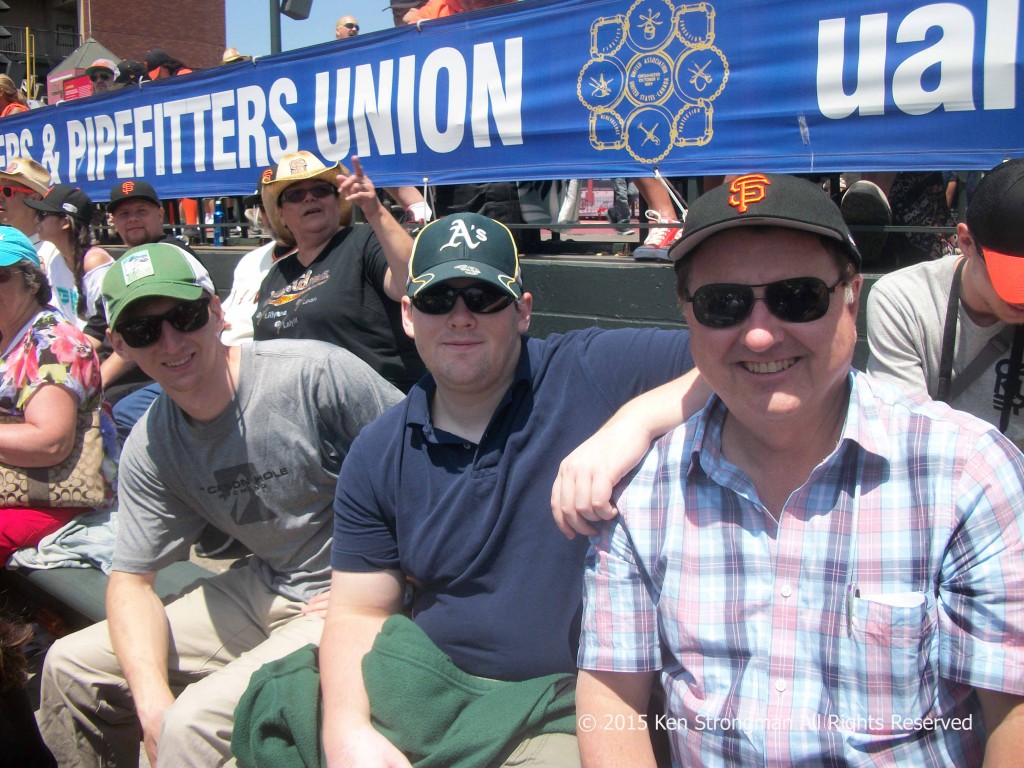 I chose to root for the winning team.

It was a great game and a great time to spend with my sons.